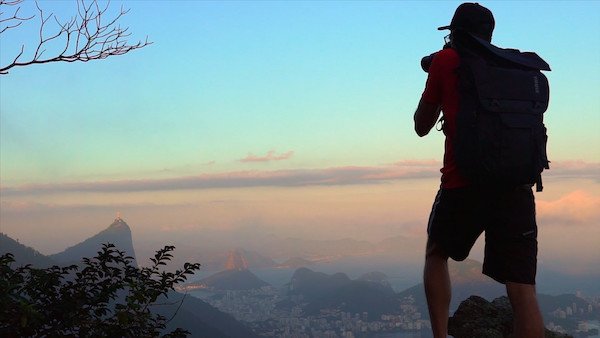 The nature and adventure photographer Rafael Duarte goes on a journey across the city of Rio de Janeiro seeking exclusive angles through the perspectives of five characters that have special connections with the city’s natural and diverse landscapes. As he lives the characters’ routines by their side, his camera searches the elements that makes their relationship with the city’s environment so unique. The documentary explores the city of Rio through the eyes of a special mountaineer-engineer that devoted his life working at the world’s most famous cable-car, a young female highline athlete that is inspiring women to join the sport, an ultra-marathonist that came from a humble childhood to practice in the urban forests to become a champion, a biologist that protects the marine birds that nest on the city’s islands and a record-holder tandem flight pilot that invented the “yoga in the sky” technique to fight people’s fears. The film shows how their connection with the city’s nature impacts their lives and their ways to see the world.